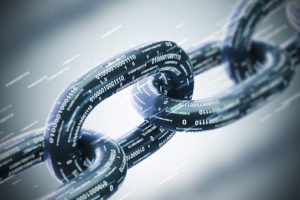 Two developments unfolding in Washington this spring should have corporate finance and tax departments brushing up on their blockchain. First, Gary Gensler was confirmed as the chair of the Securities and Exchange Commission (SEC). Then, the Biden administration announced a new tax enforcement plan that would double the number of Internal Revenue Service employees over the next 10 years and require detailed reporting on cryptocurrency holdings.

Put them together, and you get the recipe for the world’s most crypto-aware regulatory infrastructure, one that is sure to break new ground on both the kinds of assets it tracks and the methods it uses.

The significance of the Gensler appointment was not as obvious as the tax enforcement plan, but the move signals a much more active role for the SEC when it comes to its handling of digital assets.

Formerly chair of the Commodity Futures Trading Commission (CFTC), where he overhauled derivatives markets following the financial crisis, Gensler spent the last few years teaching courses on blockchain at MIT and has been quoted calling the technology a “change catalyst.” He joins SEC commissioner Hester Peirce, who has already earned the nickname “crypto mom” for vocal support of digital assets.

Digital assets will be in the regulatory crosshairs for the foreseeable future.

On the tax side, the new tax enforcement plan would require banks, exchanges, and payment services — or any other business that receives more than $10,000 in cryptocurrency — to report the transaction to tax authorities. This, of course, aligns digital assets with existing anti-money laundering standards designed to monitor large cash transactions.

What does this all mean for corporate finance and tax departments? At the base level, the news should come as a warning for the growing number of businesses accepting cryptocurrency payments and holding crypto on their balance sheets: Digital assets will be in the regulatory crosshairs for the foreseeable future. Corporations will need to get a handle on their crypto exposures and provide the necessary audit trail if the Feds come knocking.

But for those looking ahead at the potential longer-term impacts of this great crypto awakening among American regulators, now would be a good time to start getting serious about blockchain.

That’s because blockchain technology has a high likelihood of being at the core of regulators’ efforts to monitor digital assets and collect data from corporations on their transactions and holdings. Gensler’s own comments at an MIT Technology Review conference signal that possibility.

“Blockchain technology has a real potential to change the world of finance. It could lower costs, and risks, and economic rents; but for broad adoption, the technology needs to move forward in the public policy sphere,” Gensler said.

The comment echoed a sentiment discussed in a 2018 paper that Gensler co-authored: “There are social and economic benefits from encouraging sensible innovation in blockchain technology that is consistent with established public policy goals. Properly introduced, the technology can mitigate the ‘cost of trust,’ which manifests itself in numerous ways within the financial system and the economy.”

Between the lines of Gensler’s comments, it isn’t hard to see his vision of blockchain as a key component in the future of the financial infrastructure and one that will be used to help regulators ensure trust in that system.

There is a great deal of logic to this line of thought. As I wrote on this site way back in 2017, blockchain is a digital platform for recording and verifying transactions in its simplest possible form. Because it is decentralized and theoretically lives forever digitally, the blockchain record provides a standardized accounting of all touchpoints in any transaction. That means contracts, financial transactions, bills of lading, property titles, and tax filings could be seamlessly digitized and recorded forever in an open, distributed ledger.

For those reasons, several blockchain pilots have already begun in the areas of land registry, identity resolution for tax and regulatory filings, and global supply chain tracking and management. Any business that needs to identify parties to a transaction and track them over time is a candidate for a blockchain strategy.

That does not mean we will be filing corporate tax forms via blockchain or streaming real-time transaction data directly to regulators via a distributed ledger later this year. In fact, for all the hype around blockchain, there has been an equally loud chorus of detractors who caution that blockchain could fail to live up to expectations. Still, despite some skepticism, more than half of senior executives surveyed by Deloitte last year said blockchain was one of their top five strategic priorities.

That corporate focus, combined with the clear intent of the U.S. government to take a more active leadership role on all things crypto, should paint a clear picture for corporate leaders that they will need a blockchain strategy sooner than later. If they haven’t already, now is the time to start figuring out what that strategy will look like.

Notify me when
🤔 WHEN WILL CRYPTO START PUMPING AGAIN?! 🤔