New ‘Fourth Industrial Revolution’ technology could transform the wine and spirit industry in the UK,  paving the way for reduced trade friction, a seemless supply chain and more information for consumers, Lord Holmes of Richmond told the WSTA conference – but the government must act now to establish it. 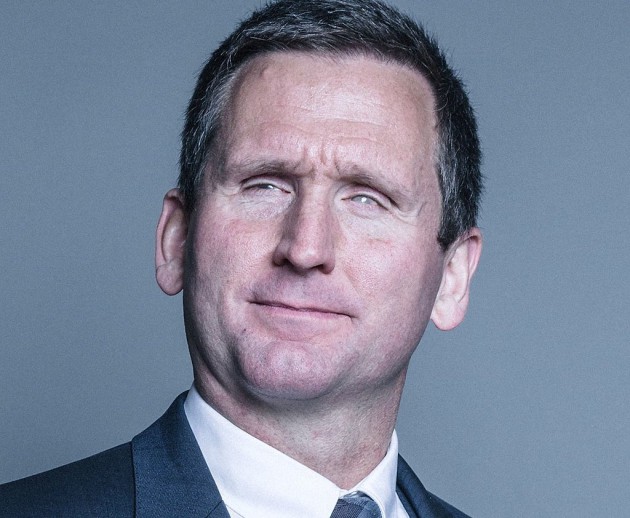 Speaking at the WSTA’s digital conference yesterday, Lord Holmes of Richmond (pictured above), the co-chair of Parliamentary Groups on Assistive Technology, Fintech, Blockchain and the 4th Industrial Revolution, argued that the introduction of blockchain technology (an open, distributed ledger that can record transactions between two parties efficiently and in a verifiable and permanent way, essentially digital information stored in a public database using cryptography) could become the bedrock across the wine and spirts trade in the UK.

The tech, he argued could help reduced friction on trade and allow access to real-time data across the supply chain, helping producers and distributors get their products into the hands of consumers more quickly, whilst maintaining the quality.

He pointed to a recent project whereby he used the technology recently to track a bottle of wine from its source in Australia, through production to delivery into his hands in the UK 10,000 miles away, reducing paperwork at the borders and, among other things, in line with HMRC and FSA requirements.

Holmes said that given the existence of the technology, it was “bizarre” that the UK government was looking to impose “burdensome” paper-based import certification forms – the dreaded VI-1s – rather than embracing the new technology. As a result, he has tabled an amendment in the house that seeks to prevent the imposition of VI-1 forms as a requirement as of 1st January.

Holmes said there was a huge opportunity for the UK to become a world leader, but this would take leadership from government as well as collaboration from the private and public sector.

This could see the establishment of a “neutral” ultilty trade platform which he alikened to “building a stage, which companies could use to put on any show they want to”.

“It enables more competition and more economic growth and the transfrer of value, but it needs leadership from government./
We have the opportunity to be a 21st century global trading nation with technology at the border, but it won’t happen as a matter of chance.”

“We need transformation, but we can’t do any of that if the government won’t accept it in electronic form. We have such an opportunity where we are geographically, but it needs leadership from the government this autum,” he said.

Russell Davies, managing director of logistics firm Hillebrand agreed that it was “economically sensible, environmentally sensible, logistically sensible” to push forward with the seemles real-time platform, arguing that a return to a paper-based system would take us “years” backwards and introduce around 600,000 additional bits of paper into the EU supply chain from 1 January 2021.

Introducing the tech instead would “simplify the import/export process with the presentation of the data in one single truth,” he explained, adding that anything that removes repetition of the same information being filled in or translated several times along the way would be of huge benefit and mitigate the problem of human error.

“If anything is amended, it’s time stamped, so there is full track and trace and fully auditable trail,” he pointed out.

Jack Merrylees of UK wine retailer Majestic added that this could open up the possiblity of adding information that would be of interest to the consumer, such as calorie labelling, visibility of transportation and carbon miles, sustainability efforts or vintage reports – particularly as labels were becoming too full.

Chairing the panel, WSTA’s chief executive Miles Beale described the future as “one system that can be interrogated by multiple agencies, from customs inspectors to retailers to consumers, for multiple purpose – confirmation of excise duty paid, information on ingredients or allergens, and even calories. Such a solution would be genuinely innovative, it would be exciting and would harness some construal change to maintain the UK at the heart of the world’s wine trade.”

Defi, Tron, and Who Might Win the Next Blockchain Race
Scroll to top