Deloitte has been tracking blockchain sentiment across the globe for a number of years now, with the belief that a positive attitude towards the technology is a gateway to investment. This year, the firm surveyed more than 1,400 professionals across the globe, and found a largely more positive outlook than in recent years.

Deloitte reports that last year’s analysis revealed that residual doubt around the new tech persisted in the global market. These appear to have receded this year, with the footnote that Deloitte’s research was concluded back in March, when the Covid-19 crisis was ramping up. 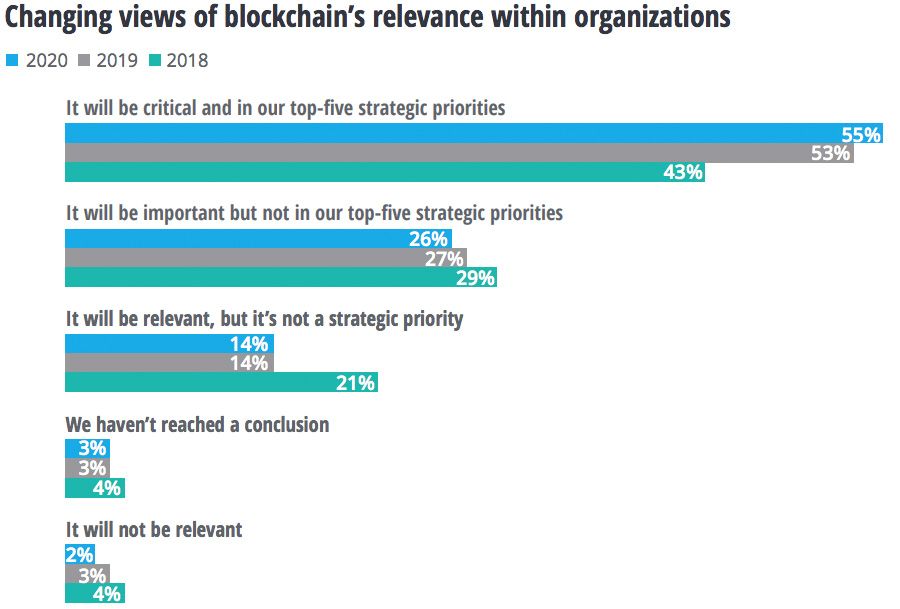 Uncertainty aside, businesses have grown more serious about blockchain’s role in their organisation. Where businesses previously viewed it as just another tool to improve efficiency, they now see it as an integral part of the organization that can improve a wide array of functions. In fact, 55% rate it in their top five business priorities, which is a marginal increase from last year, but a significant jump from just over 40% in 2018.

Irrespective of where it falls on the priorities list, blockchain is on nearly everyone’s radar. Only 2% of Deloitte’s respondents said that the tech is ‘not relevant,’ while 3% were yet to reach a conclusion on the technology. The rest have all considered the tech and its position within their organisation.

Attitudes are partly driven by market factors. The increasing priority given to blockchain appears to be linked with a belief that the tech is on its way into the mainstream. Nearly 90% of Deloitte’s respondents believe that blockchain is highly scalable and will soon reach mainstream adoption status. 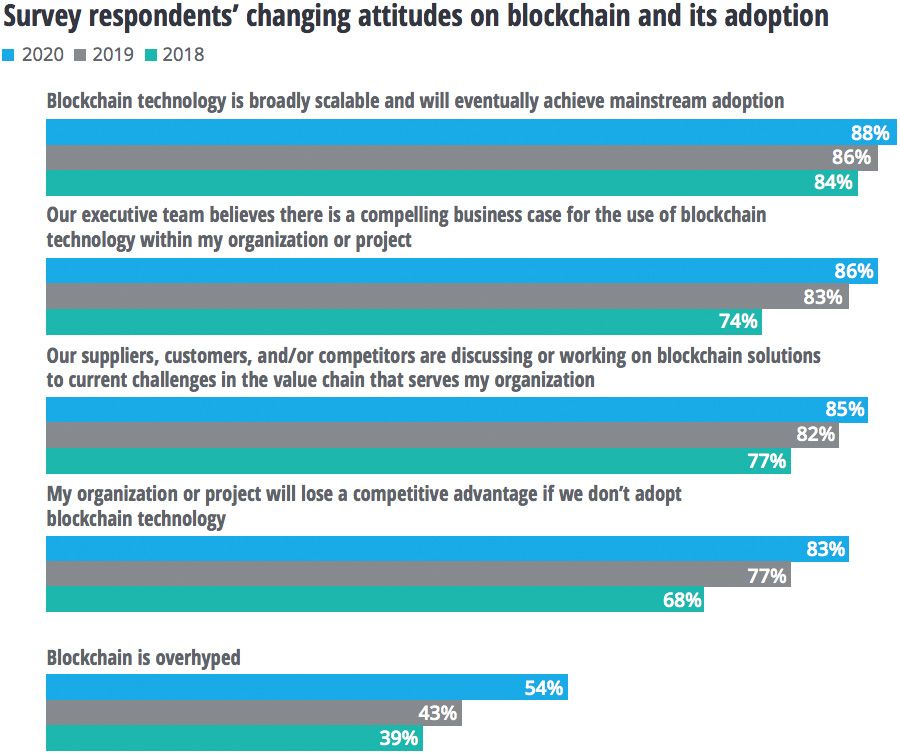 This figure has been high for the last two years as well, and is only getting higher according to Deloitte. Most have now identified solid business cases for blockchain in their organisation, while businesses note that more stakeholders – suppliers, customers, competitors – are also warming to the potential of blockchain.

Well over 80% now believe that any delay in adopting blockchain tech will dent their competitiveness in the market, which is a harbinger of even more momentum in the future. On the other hand, not all is rosy around blockchain adoption, with some negativity around the technology also creeping in.

According to Deloitte, more than 50% of the respondents also think that the technology is ‘overhyped,’ a figure that was below 40% in 2018. A shrinking number also believe in blockchain’s potential to enhance security, with less than 65% indicating that it has any more security value than a traditional IT system. Last year, this was more than 70%. 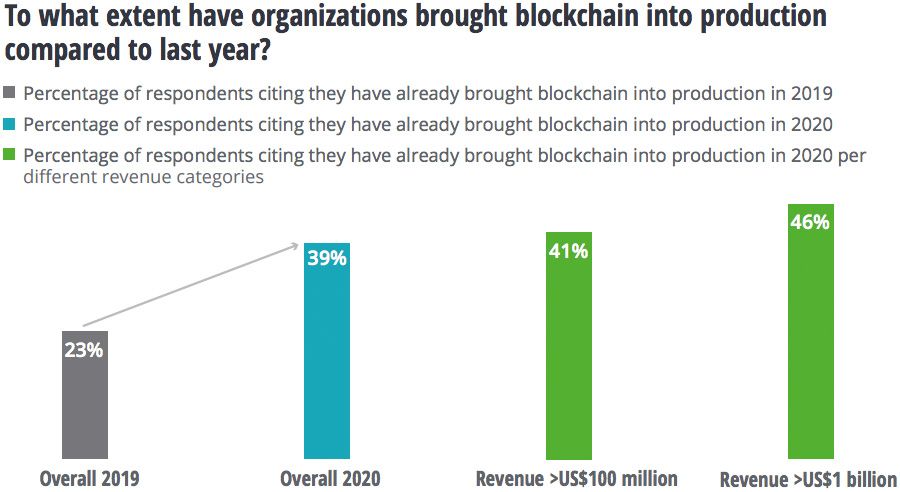 These figures indicate that there is a degree of pushback against blockchain in the business environment. However, according to Deloitte, new applications for the technology emerge almost everyday, which offset the doubt and sustain growth in the blockchain sphere. The firm points to Facebook’s cryptocurrency Libra as an example of a new transformational application for blockchain.

As explained by authors of the report Linda Pawczuk and Jonathan Holdowsky, Libra “represents a new blockchain-based financial infrastructure that aims to simplify global money movement and commerce, and to foster financial inclusion among those on the periphery of the banking system.”

The authors point to numerous other applications in rapidly expanding global markets, where distributed ledger technology is being used in a variety of segments, including real estate, communications, project management, and even certification. These new initiatives are being reflected in the numbers. Since last year, there has been a 16% increase in the number of businesses that have brought blockchain into production, with significant participation from organizations that rake in over $100 million in revenues.